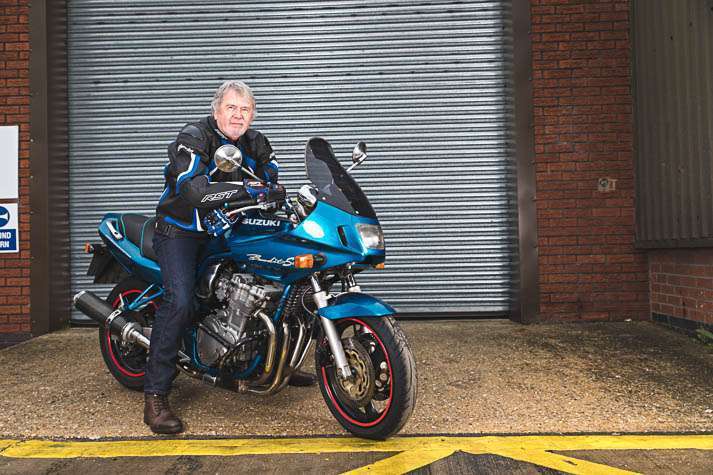 Why no matter the years, riding can still be fun and addictive

RUNNING ESSENTIAL JOURNEYS for the past seven years, I have been extremely fortunate to have reported from some truly wonderful cutting-edge destinations. I have also enjoyed test driving some of the world’s most exhilarating supercars. And whilst that journey will continue, I have, of late, been considering the introduction of a different form of transportation with a travel-related theme.

My interest in two wheels was stirred whilst I was in Corsica. Travelling the winding coastal and mountain roads of the island, I passed many a motorcyclist on adventure/touring bikes and and sat alongside them at roadside cafés. In doing so, I came to appreciate the appeal of seeing the world from a fresh perspective. 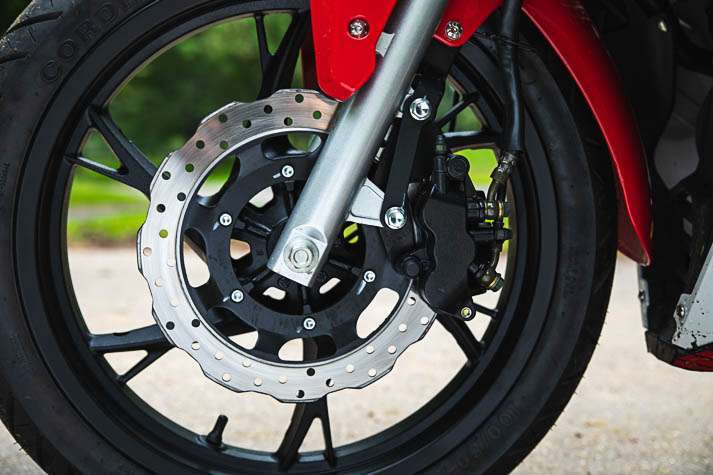 It has been many a year since I straddled a bike. I remember fondly the days when the family was living in married quarters at Hendon Aerodrome. The perimeter track was the perfect proving ground for a novice motorcyclist, with zero traffic, potholes for roundabouts and the occasional rabbit a disconcerting presence. Whilst my father would commute to his post at the Ministry of Defence in Whitehall, I had been shipped off to boarding school.

Returning home on the occasional weekend, I would change into ice-blue jeans and chunky boots, white T-shirt and white silk scarf, the archetypical rebel with a cause. I had acquired my leather jacket from a friend. Black, with ripped red silk lining, I adorned the back with metal studs and chains. Flipping the collar up and coughing profusely as I hung a No.6 cigarette from the corner of my mouth, I reckoned I was a dead-ringer for my anti-heroes Marlon Brando and James Dean.

At weekends my friends and I would straddle a motley collection of Bantams, Commandos and Bonnevilles. The main concern for injury was to our ankles when kick-starting our machines, as some had a tendency to spring back with such force as to damage the ankle bone.

I know it sounds churlish and desperately ungrateful, but when my father surprised me with a new bike, mortification set in. To this day I cannot recall its manufacturer, only that it looked like some weird manifestation of a Lambretta. With my two-wheeled adventures at an end, my wife had decided to clear out the downstairs cupboard, my leather jacket being surplus to requirements. With no compromise, either the battered jacket went in the bin, or there would be ructions. So, my dear friends, with the wife ejected with the garbage, the leather jacket survived.

Fast forward to this year, when I began a new role as production editor of a series of motorbike titles published by Mortons in my home county of Lincolnshire. Thrust back into the world of speed and leisure of an alien nature, once again I was hooked. I say alien, because the world, and motorbikes, have changed immeasurably. Today’s machines appear somewhat more clean and streamlined and menacing and terrifying to ride, so just what was I thinking when I mentioned to the editorial team about the possibility of re-visiting my youth on one of these monsters? 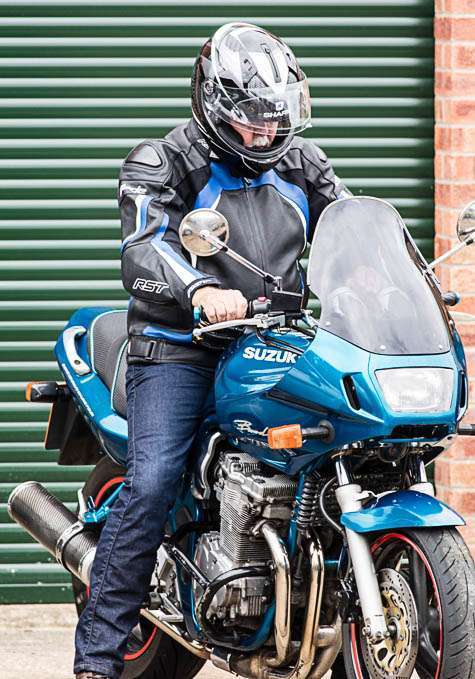 I am worried about the future. Not exactly regarding the damage I might do to my body, although that has to be a consideration, but more my mind. What if I love the experience all over again? What if I want to buy one? Yes, there will be room in the garage, but for the foreseeable future I would need to stop the weekly food run, stop buying designer clothes, stop dining in posh restaurants, and not book any more cruises. But then, after all that, after a few years I would be much thinner and crinklier, and a miserable old sod, and Suzuki or Yamaha or Honda or Kawasaki would have to employ a hoist to lift me on or off, for fear that I might spill sideways and break my coccyx, and that would mean even more additional cover on the insurance policy.

I had been thinking about a traditional cruiser, fearful that the editors might line me up for an arranged marriage with a bike that is innovative and dynamic, seductive and ridiculously sexy, of blistering performance and razor-sharp responsiveness, all neatly wrapped up in a ridiculously gorgeous exterior.

Sometimes it is curious how events unfold in one’s favour. Quite by chance, in the bike garage at Mortons lay a slumbering Suzuki GSF600 Bandit, unloved, forlorn, shrouded in a dusty grey cover, the bike never having seen daylight for months. It had been purchased cheaply by a trio of bike editors who had fancied partaking in a spot of moto-gymkhana. So they had set about the bike, stripping it of pretty much everything you would need for the road except for the rear brake, as that was a legal prerequisite for competition rules. 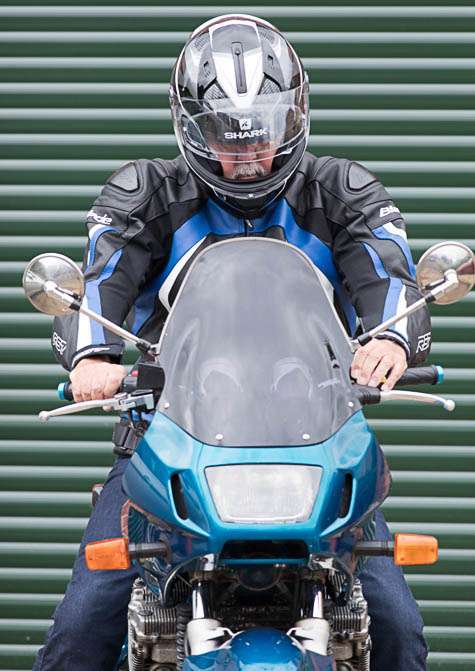 Anyway, I imagine that after a summer of fun, they had become bored with the whole idea, because the bike had been abandoned for the foreseeable. Then one day the lightbulb moment struck. As I had been purveying the classified pages of Classic Motorcycle Mechanics, looking for a cheap stead to suit my re-entry to the world of two wheels, it was suggested that I might like to consider purchasing said Bandit. So I did. The bike was shipped off to a rather excellent home mechanic who put it all back together as it should be, and apart from the odd mark, it is spot on. It sailed through its MoT with no advisories, and then I spent the next couple of weeks sitting astride it in the garage whilst searches were made for the original V5. After much shenanigans, a new one was sent for via the DVLA, a tax obtained, and I was good to go.

Rather than face the realisation of what nature chose to dish out, many of us place pressures on ourselves to remain forever young, whether it be through the cars we drive, the bikes we ride, the food we don’t eat, the drinks we avoid, the clothes we wear, or the expensive moisturiser we use. I shall call it the Dorian Gray complex, where beauty is the only aspect of life worth pursuing. Trying to look perfect, however, is impossible, although the creators of today’s retro bikes give it a jolly good go. So, thank you, Suzuki, for actually making me feel good about ageing, proving that no matter the years, riding can still be fun and addictive, and help to stem, at least for a fleeting moment, time’s erosion of what we all know is an unstoppable process.

In a roundabout way, this brings me nicely to the point of this article. Over the coming months I will be bringing you a series of news items and features on all manner of things bike, from first test rides to new products to touring features to hopefully whet the appetite for this most pleasurable of forms of travel, out on the open road, with all the freedom that that entails. 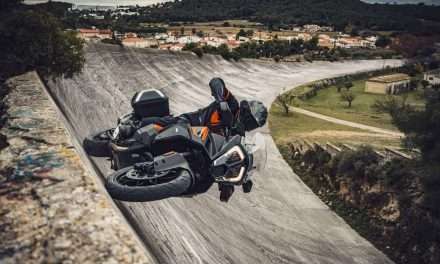 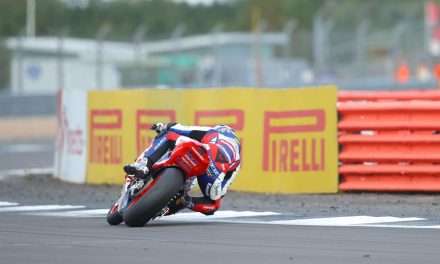 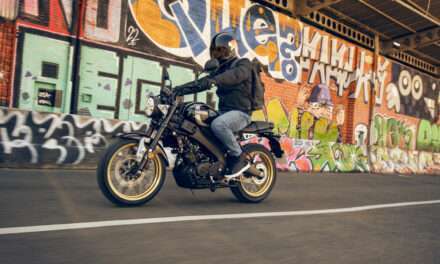